In all honesty, teaching people can be a pain. It’s time consuming. It takes patience. And having to teach someone else to do something you feel they should have learned years ago feels unfair. WHY IS THIS MY PROBLEM? WHY DIDN’T YOUR PARENTS TEACH YOU TO DO THIS? WHY ARE YOU MAKING ME GET OFF THE COUCH? I’LL JUST DO IT MYSELF. Believe me, I get it. But the thing is, someone has to teach people to do stuff. Most of the time, parents and teachers do it. But sometimes they don’t, particularly if they don’t know how, or if they subscribe to old-fashioned gender stereotypes about what a young person should be taught. So then the teaching falls on another member of society. Is this fair? No, I suppose it’s not, but until we raise a new generation who knows how to do things that aren’t tied to gender stereotypes, there will be stragglers. And, turns out, we can’t raise that new generation if we don’t all know how to do stuff. So do it for the greater good. (And because it will likely benefit you in some way in the long run, and you’re selfish like that.)

Today, I’m going to teach you to teach someone else how to do something: cook. I chose cooking because it’s often loaded with gender stereotypes, and also because it’s something I’m good at. If you and your partner have cooking figured out, you can replace “cook” with anything else you may need to teach a person, from “clean a toilet” to “change a tire” to “do your taxes.”

Right after my mom moved me into my first apartment when I was 18, she taught me to cook by teaching me one thing: how to cook ground beef. She taught me to make five recipes with ground beef: chili, tacos, sloppy joes, hamburgers, and spaghetti. She also taught me to grill chicken, but it’s more difficult to cook through so it freaked me out, and I quickly gave up on it. If she had started with that, I’d probably still be relying on takeout. But ground beef was so easy to cook ; I stuck to those five recipes for a while…and that gave me the confidence to try new recipes. Slowly but surely I learned how to make stir-fry and baked mac and cheese, and now I feel confident beating egg whites into stiff peaks and making a turkey roulade. (I do still avoid grilling chicken though.) And it all started with ground beef.

Give them plenty of chances to practice.

Another reason my mom’s lessons were so helpful was because after she taught me, she went back to Michigan. I was on my totally own. I had to get resourceful and, you know, look on the Internet. But really, that space allowed me to try new things and experiment. With some chores, you really only get better at it through practice, which is one reason I suggested we alternate nights. Cooking together or just having Eric cook on occasion wouldn’t have had the same effect. Sometimes, you just need to be alone with a pot, a knife, and a bunch of vegetables.

Be willing to answer questions… but also share other teaching resources.

Even though she left me on my own, my mom was always around to answer questions. (She still is.) So when Eric is cooking and I’m around, I answer questions. I come look at something to tell him if I think it’s done. If he asks me when I think he should start the green beans, I tell him. When I’m not around…he figures it out. When I learned to cook, I didn’t have the advantage of Google and YouTube; now, when I don’t have time to help him, I often remind him to look something up. After all, I didn’t learn to chop garlic properly until I saw Rachael Ray do it on TV.

Don’t freak out when they do it “wrong.”

One of the beautiful things about cooking is that there are a lot of ways to do it; some ways allow you to develop your own style and even a new recipe, while other experiments will seriously screw things up. The good news is, you’ll know pretty quickly whether that new thing you tried is the end of the world. So you can say, “Hey, I’ve found that cutting peppers for fajitas works a little better if you do it like this,” and then show them your method quickly before handing the pepper and the knife back… but to continuously get pissed about their pepper-chopping technique and snatch the pepper and the knife away every time is not good for morale, or the development of pepper-chopping skills.

Don’t freak out when they do it right.

Not only is an overly-enthusiastic “OMG GOOD JOBBBBBBBBBBB!!!!” with every bite condescending, it also acts like being a grown-ass adult who can do grown-ass adult things is special, and, frankly, it’s not. I mean, I still feel awesome every time I successfully iron something (because it basically never happens) but I don’t need anyone giving me a participating trophy and telling all their friends about it like I’m an elephant who can paint or something. Being able to do things that adults need to be able to do is normal. Crossing gender stereotypes to do it needs to be normal. So be grateful, eat the made-for-you-with-love-dinner (or pee in the cleaned-for-you-with-love toilet) and know that even if they thought cilantro and parsley were interchangeable, they are learning. 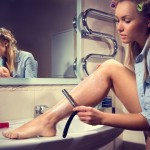 Getting Smooth Knee’s the Safe Way! 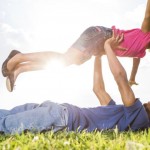 Keeping Your Child Active on a Budget

Twitter  @twitter
thanks for your patience as we’ve worked to make Blue better – we’re excited and looking forward to sharing more with you soon!
Dec 10 reply retweet favorite 2 months ago

Twitter  @twitter
subscribers will be able to change their handle, display name or profile photo, but if they do they’ll temporarily… https://t.co/5YBQflkUNd
Dec 10 reply retweet favorite 2 months ago

Twitter  @twitter
we’ll begin replacing that “official” label with a gold checkmark for businesses, and later in the week a grey chec… https://t.co/9Z5CMsUs2Y
Dec 10 reply retweet favorite 2 months ago