Now, here at The Forgetful Wife, the benefits of working from home are that I get to spend a lot of time with my kids, I drop them at school, go home, work, pick them up from school and then my “mum” life kicks in. This summer we managed to get away for a couple of weeks which was awesome and was the first time in about three years that we’d all be been away together and we had such a wonderful little family trip away and it inspired me to write this post for you all.

London is one of our favourite places in the world. We’re from Ipswich so visiting London in the early days was always a bit difficult but the more we’ve travelled the world, the more we realised that a lot of long-haul flights stopped over in London where we would catch our connecting flights and we decided to actually take a bit of time out and go see what London has to offer.

So, it turns out that there are plenty of things to do in London with kids and I think our family favourite is getting on the London Eye, chilling out and taking in the many views that it has to offer. On a clear day, you get spectacular panoramic views over the River Thames and you can see as far as the arch of the new Wembley Stadium and Windsor Castle. One of my son, Matthew’s favourite things to do is go to the Natural History Museum. He LOVES dinosaurs, and all the skeletons that they have in there just fascinate him.

As a family we love watching horror films too and my daughter and I both love history so we love going over to the London Dungeon. Although we’ve never been to an actual dungeon before, we like to imagine the horrors that would have happened in one and this place just helps to bring all the images in our heads to life, plus, it’s a really educational visit too with significant turning points in British history being brought to life.

The Loire Valley is packed full of old French castles and various types of architecture as well as various attractions that are great for kids which is what makes this place a great place to come with the family on a little getaway. In fact, the whole of the Loire Valley is a UNESCO World Heritage site by virtue of its castles but the landscape is something to behold in of itself and there is plenty for the family to do in the river and on its banks without having to go too far to look for fun.

If you like to take part in outdoor activities either just your kids or as a family, then either cruising down the river or jumping in a canoe is a good way to see everything the area has to offer but if you aren’t keen on getting in or on a boat then you can cycle along the banks of the Loire and also go exploring the caves farms at the Troglodyte des Goupillières within the Piste de l’Enfant Roy.

Also worth a visit while you’re there is the Château d’Ussé which may look familiar to some of you and that’s because writer Charles Perrault stayed here and it’s believed he based Sleeping Beauty’s abode on the castle when he wrote his 17th-century classic.

This place probably isn’t on any family’s list for a pleasant break away with kids in tow but, hear me out. Kids love shops and shopping is something that is very readily available in Hong Kong but you probably need a good budget when you do go but the beauty of Hong Kong is that there’s all the high end brands that you can think of plus, lots of bargain street markets where you can find yourself some authentic local goods and the winning thing for the kids is that Hong Kong is gadgets galore!

This doesn’t necessarily mean that you need to spend money whilst you’re there, you can take in the place for what it is and that’s manic. Taking a stroll through the markets is an activity in of itself, especially the daily Bird Market in Kowloon where you’ll get to experience some of south China’s most colourful birds on display in hand crafted cages filling the streets with pleasant noise. If you want to go somewhere to let off a bit of steam and relax, it’s worth checking out Hong Kong Park, Victoria Park and Kowloon Park and there’s also plenty of ducks about to feed.

It’s also worth noting that at 8pm, the world’s biggest laser and sound show starts which is viewable for free from the Kowloon waterfront and it’s an unforgettable part of any family holidays. In fact, I’d go as far as saying that it’s worth going to Hong Kong just for the laser and sound show.

As we spend a lot of time out in Asia, obviously we tend to get to a lot of the major Asian countries and they’re all awesome but I think I speak for the whole family when I say that our favourite place to come to is Japan. My wife Lis and I have only been out here a couple of times in the early days to actually teach but we’ve been at least three times since with the kids to visit and our visits have always consisted of going to one place in particular… Universal Studios in Osaka!

Now, let me tell you, this place is phenomenal! I think the big appeal of this place, more so to Liz and I is that it has retained a lot of the original rides that it opened up with which were pretty much direct clones of the ones in the US such as the Jaws Ride and Back to the Future – The Ride which is an awesome, immersive, 3D like ride that takes on you on an adventure through the Back to the Future series.

Also, as a family we LOVE the Jurassic Park series of films, and another ride that has been imported over into Osaka is Jurassic Park: The Ride and I think this has to go down as my absolute all-time favourite ride! Now, some of you may be wondering why we don’t come back to the UK more often and spend time at a theme park over here like Blackpool Pleasure Beach or Alton Towers? Quite simply, we don’t really come back to the UK that often and funnily enough, the kids love it that way, I think Liz and I miss the UK more than them plus, the theme parks out here are more plentiful and tend to be bigger and better (in our opinion). 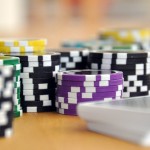 Twitter  @twitter
thanks for your patience as we’ve worked to make Blue better – we’re excited and looking forward to sharing more with you soon!
Dec 10 reply retweet favorite 2 months ago

Twitter  @twitter
subscribers will be able to change their handle, display name or profile photo, but if they do they’ll temporarily… https://t.co/5YBQflkUNd
Dec 10 reply retweet favorite 2 months ago

Twitter  @twitter
we’ll begin replacing that “official” label with a gold checkmark for businesses, and later in the week a grey chec… https://t.co/9Z5CMsUs2Y
Dec 10 reply retweet favorite 2 months ago